By M.B Qasim Shehzad Ch
Everyone wants a hug from someone they love or like-no matter how cold the heart is, it will be melted through the warm hugs. Many people are aware of how cuddling can calm their feelings for a short time. But do you know it gives a lot more health benefits-yes, you heard it right!


Prevents Stress Before it Comes

A recent study published in PLoS One investigated whether the effects of a good hug can soothe you throughout the day despite encountering conflicts afterward. After investigating,  researchers found those who received hugs were less affected by "conflict exposure," or interpersonal conflict, than those who did not receive hugs. The gender of the huggers didn't matter, and neither the relationship of people who received hugs from strangers.
Michael Murphy, Ph.D., is a post-doctoral research associate at the Laboratory for the Study of Stress, Immunity, and Disease in the Department of Psychology at Carnegie Mellon University, is among the authors of the study. Murphy explained that touch is capable of deactivating the part of the brain that responds to threats. Apart from that, the study discovers that through cuddling, hormones are being released to signal a stress response. Surprisingly, a simple can lessen stress on the cardiovascular system.

Another surprise! It seems what some movies are suggesting turn out to be true that hugs keep a doctor away. A study from Murphy's colleagues at Carnegie Mellon may support this belief examined how stress and social support affect the immunity and may even cure infectious disease.
The study monitored the participants who were exposed to a common cold virus in quarantine to assess signs of illness. The result shows that those who had social support from other people and were hugged more often had felt less-severe signs of illness.
According to Murphy, when a person feels threatened and stressed may affect his immune system to act more aggressively.  He added that when the immune system becomes over aggressive, it can cause damage in the body system. Thus, becoming a reason to increase the risk for a variety of illnesses.
However, it doesn't suggest that hugs are enough to cure the illness. The reason why hugs can ease sickness is it makes the receiver feel safer. Through cuddling, you are informing the receiver that you care for her.

For those mommies who can't stop themselves hugging their kids and babies, you are doing a good job.
Judith E. Carroll, Ph.D., assistant professor of psychiatry at UCLA, and also an author of the study, said, "Childhood adversity increases the risk for mental and physical health problems in adulthood." She told NBC News that the study found out that those people who had a history of emotional and physical abuse in childhood; with limited love and affection from a parent, were most at risk for health issues later in life.
Meanwhile, those who were reported abuse but also received love and affection from a parental figure during childhood, it somehow mitigated the impact of abuse on their health.


Hugs Provide Tons of Benefits For the Cardiovascular

Murphy said hugs might help keep the cardiovascular system from being stressed. In a study from the University of North Carolina, which involved, recruiting 59 women ages 20-49 who had been living with a spouse for at least six months.
The participants were instructed to sit right by their partners and recall some memories together in a few minutes. They were asked to watch a romantic video for a few minutes, they were given time to chat, and the experiment ended with a 20-second hug.
After some intimate moments, they were instructed to leave their partners to prepare and record a speech about something that made them angry or stressed out. So what are the findings?
The result shows that the "hug" group had lower blood pressure and heart rates while doing a stressful task. Women who got more hugs from their partners had higher oxytocin levels. The end-result of the experiment made researchers conclude that Oxytocin may be a link between hugging and lower blood pressure.

Scientists have found that through cuddling, you can help reduce anxiety in people with low self-esteem. According to Healthline, a touch can keep people from isolating themselves.  Apart from that, touching an inanimate object like a teddy bear is also helpful to reduce people's fears about their existence.


Probably, it is the most common benefits of hugging. As mentioned earlier, that participants who always have been hugged by their spouses have higher oxytocin. But what does it mean? Scientists also call it "cuddle hormone,"  and it is associated with happiness and reducing stress.

The telenovelas and movies seem right again when it shows two lovers are hugging each other, and the story ends with a happy scene. A claim that hugs can reduce pain is back up by a study.  A study found that hugging is another way to comfort people.
Hugs provide a lot of benefits to many people. But for those who are away with their loved ones, they may feel homesick. If you are a student or a career woman living alone who are dealing with anxiety and depression, you consider getting a weighted anxiety blanket.
Currently, many people with anxiety and depression are relying on a weighted anxiety blanket because it helps to treat insomnia.  Apart from that, it helps calm people with hyperactivity disorder.
The popularity of weighted anxiety blanket soars high because people find it useful whenever they have a hard to sleep due to stress. A 2006 study published in Occupational Therapy in Mental Health found that 63% of participants claimed to have lower anxiety after using a blanket. On the other hand, 78% said they felt more relaxed when they used the sheet.
Are you curious about trying the blanket? Read the reviews online, so you have peace of mind in purchasing it. For sure, it is worth to invest in for the comfortability of your sleep.


https://www.selfgrowth.com/articles/7-surprising-health-benefits-of-cuddling-and-its-role-to-ease-anxiety
Posted by Jeremy Saker at 20:45 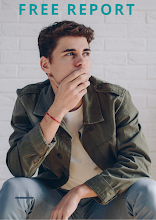