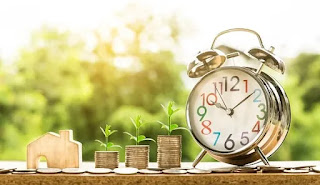 To get your FREE book : The Science Of Getting Richè Click Here

Of course, the biggest factor in saving money is one’s income. Lower income families tend to not save anything while more than 90% of wealthier Americans save money. Also, older Americans (55+) are saving more than the average American at a rate of 10% or more.

Why aren’t working Americans saving anything at all?

Many Americans are not saving money due to their low income or their expenses. For example, those with a lot of student debt or other debts often do not save anything. Low income families (especially those with incomes less than $30,000 per year) are not saving in large part due to lack of income.
Surprisingly, almost 20% of respondents are not saving money because they ‘have not gotten around to it’. This is not good since they can save but have not done so.

How much does the average American have in savings for retirement?

The median savings balance across American households is $4,830. This is below the average of almost $16,000 which shows that there are Americans with far more in savings but half or more have less than $5,000 saved. To this point, 69% of Americans report having less than $1,000 saved and a scary 39% report no savings at all!

The number one reason is low income with almost 40% of Americans citing this reason for their inability to save money.

How much should Americans save?

This is no simple answer as setting a percent is misleading. If you have high income, 10% may be more than enough but with a low income it may not be enough. The other big variable is what do you plan to do in your retirement? Do you wish to travel or do activities that are more expensive? If so, your percentage may need to be higher than others.

How can you save more money?

The younger you are and start saving the easier it is over your lifetime. If you start saving at age 23 you only have to save about $14.00 a day to be a millionaire by age 67. This is assuming a 6% average annual investment return.
Even if you have lower income setting aside $30 a month ($1 a day) adds up to more than $1,000 in 3 years. This isn’t going to lead to a huge retirement, but it will help to cover emergency expenses, and more importantly, build the savings habit that all Americans should develop. Anyone can form this habit if they focus on it and commit to a plan, no matter how small.
Set a budget and know exactly what and where you spend money will go a long way to building your savings account. Saving is a habit if done well.
We know what it’s like to be strapped for cash, out of options, no credit, and no family to borrow from. We are committed to helping you with the emergency cash you need through our payday loans online service

https://www.selfgrowth.com/articles/working-americans-not-saving-enough-survey-finds
Posted by Jeremy Saker at 06:30 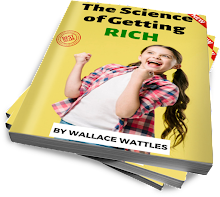